by Sheryl Vieira
0 Comments
VENICE, FL –If stone, marble and mortar bespeak permanence, it’s clear that Caldwell Trust Company is here to stay. As the Venice-based business prepares to celebrate its 20th anniversary in November, it recently broke ground on new headquarters at 1400 Center Road, Venice, to accommodate its growth and provide for its future. Upon completion in November 2014, the 11,500-square foot multi-function building is expected to cost approximately 2.5M, according to R. G. “Kelly” Caldwell, Jr., CEO and president of Caldwell Trust Company. “Our Company has just completed our first 20 years and we’re getting ready for the next 20,” he says. “Our roots are growing even deeper in the community.

The business has operated from 201 Center Road since 1993, when Roland G. Caldwell, his son Kelly and four other experienced professionals secured a charter to begin Caldwell Trust Company. They pledged to operate their new company in keeping with “What We Believe,” the founding mission and culture that Roland committed to paper. A plaque with these principles and Roland’s image will be prominently displayed in the new building.

The Company has grown steadily. In 1998 it opened a second office, in Palmer Ranch. In 2009, as continuing advances dictated the need for additional space, Caldwell relocated the Sarasota office to a 3,600-square foot facility at 1561 Main Street. This office will remain in operation, Kelly Caldwell says.

Financial figures tell the tale. Upon completing its first ten years of operation, Caldwell Trust Company had $200 million in assets under management. In 2013, after the second ten years, this amount has more than tripled to over $650 million. The Company now has ten trust officers—six in Venice and four in Sarasota—along with a complement of I.T. and operations personnel and additional staff. Thus the need for the new building.

“We are substantially expanding our space on both the trust side and the operations side, moving up from 6,500 to 11,500 square feet,” Kelly Caldwell says. “Our new building will give us the room we need now and space for the foreseeable future.”

The Company broke ground on September 10. Construction is set to begin by mid-October, with completion scheduled for approximately 12 months later. In keeping with its commitment to the community, Caldwell has and will be employing local contractors to erect its facility.

The Italianate-styled building plus its courtyard and two parking lots will occupy four acres of a ten-acre, wooded site, Caldwell says. Design contractor Eric W. DeVaughn of S&E Renovations says the building will be a fully equipped, state-of-the-art facility. In addition to private offices, conference rooms and areas especially designed to house the Company’s computers and proprietary software—a major element in Caldwell’s cost-effective management of portfolios—it will provide a library, catering kitchen, print shop and workout room. “We are also building a 55 x 25-foot garden courtyard in the back,” DeVaughn says.

Jeff Matthews, AIA/AICP, and Mike Coviello, partners in Venice Design Group, designed the new building, which will be slightly elevated above its surroundings. The one-story structure will have a 26-foot tall parapet in the center but generally will be 18 feet tall, and the ceilings of some rooms, including the main conference room and grand foyer, will be 17 feet high. “Then ceilings in the corridors step down to 14 and 12 feet, with 9-foot ceilings in the offices,” says interior designer Holly Logan, ASID, of H.V. Logan Design. “It will be a fairly traditional building with timeless design, cutting-edge technology and classic materials, giving the feeling of a solid company,” she says.

A paver brick walkway will skirt two islands of decorative plantings on the way to the main entrance. There, an elegant, oversized front door will open to a 1,500-square foot, marble-floored foyer and the building’s central core. Two 5,000-square foot wings will house specific functions, with the left side dedicated to operations, the right side to trust administration.

A special feature is the 24 x 36-foot main conference room. “This room will be fully equipped with audiovisual systems, videoconferencing equipment and additional state-of-the-art technology,” Matthews says. However, all of the hardware vanishes when not needed, according to Holly Logan. “This is a beautifully appointed conference room for work-related and social gatherings, with lots of beautiful moldings, coffered ceilings and crystal chandeliers. The entire building is well-thought-out and beautifully appointed,” she says.

“As we envisioned the building, we aimed for a feeling of permanence,” Matthews says. “We want it to look like it’s been there forever, and we expect it to remain there forever. It will be built to withstand winds up to 180 miles per hour. Safety is very important to Kelly and the whole building is pretty much designed as a safe room. We will have concrete ceilings in the vault area. If anything should ever happen to the building, the vault with its client records will remain intact. The factor of not going away is critical to a trust company and its clients.” 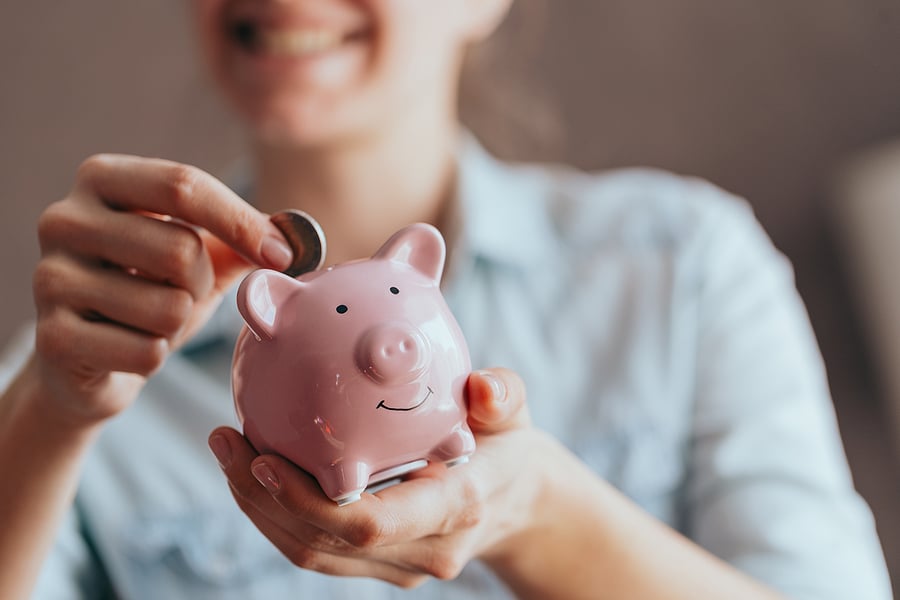